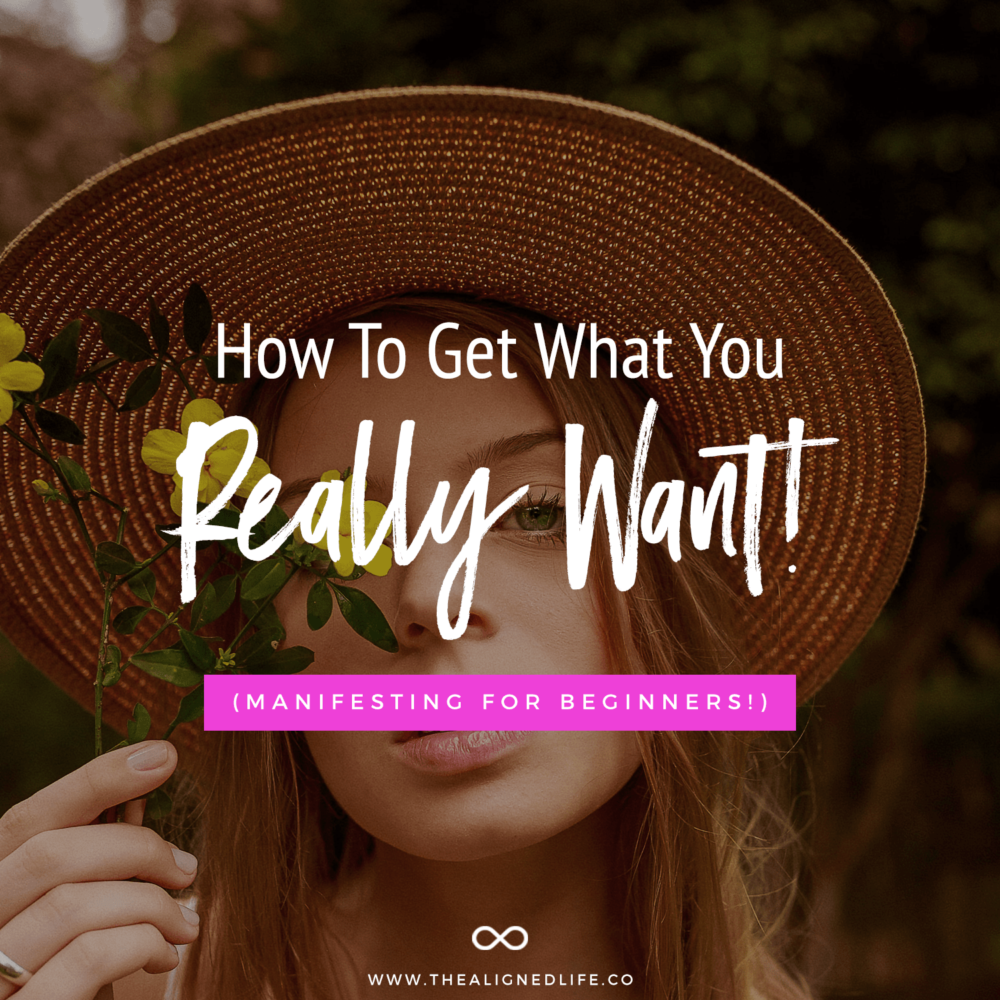 It’s true: if you first heard about the Law of Attraction through the bestselling book The Secret, you might have some mixed feelings about it.

Perhaps you were really excited about manifesting at first! I mean, getting what you want through the power of your thoughts? Who wouldn’t want that to happen?

But then, reality hit. And it turns out making your crush fall in love with you or getting the promotion at work wasn’t quite as easy as you’d hoped.

Many beginner manifestors easily lose faith in the process. But that mostly happens because they’re trying to do something really big before their training wheels are even off!

There’s a big misconception here: manifesting is actually about much more than making a wish and sitting around waiting for it to happen! Successful manifesting takes practice, just like anything else in life.

Manifesting is simply about aligning your thoughts and beliefs with your desire, so that your desire has no choice but to actually appear in reality!

Yes, the Universe is lining things up for you behind the scenes. But you are the one putting things into motion by deciding on what you want and putting in the work to go after it. It’s about true belief and trust: in yourself, in the Universe, and in your dreams.

It’s definitely not about waiting for something to happen! In fact, the more you think you have to wait, the longer you will be waiting.

It’s actually about making your dreams happen and taking the initiative to start making the necessary changes from the inside out.

So tell me now: are you still interesting in getting what you really want and manifesting the life of your dreams? I certainly hope so because that’s why I put together this quick start guide especially for beginner manifestors like you:

Manifesting For Beginners: How To Get What You Really Want

I’ve said it before and I’ll surely say it again: but if you haven’t actually picked a manifestation goal for yourself, you haven’t actually started manifesting! Saying things like “I want to be rich/thin/etc” doesn’t actually have much meaning. The Universe is trying to give you what you want! But if you don’t know what that is, then what’s going to happen? So please don’t be afraid to define exactly what is that you want right now.

Just remember, manifesting isn’t a one-time-only affair! It’s meant to be used over and over again, as you grow and change. So don’t worry about failing or changing your mind down the road. Commit to what you want right now and take it from there.

That’s right: all of you who are trying to manifest a Lamborghini in the next 7 days, I’m talking to you!

So let’s get this part right: it’s not that you can’t create crazy amazing miracles for yourself. I’ve experienced miracles and I know many others who have as well! But you have to realize it takes a lot of inner work to create the space for those miracles to happen. If you’re just starting out, you don’t have a lot of practice. So that would be like trying to run a marathon without any training at all!

Imagine this: if you pick a crazy goal in a super-short timeline and it doesn’t work out, how is that going to make you feel? Probably not too great. At best, you’ll think you’re not a good manifestor and at worst, you’ll think the whole thing is a bunch of lies! So I want to avoid all of that.

If you’re just starting out with manifesting, I want you to pick a goal that’s juicy but not completely over the top. It has to feel tangible to you or you’ll just be putting extra blocks in your own way.

As you might have guessed by the title of this site, I’m a true believer in the importance of alignment! To me, alignment is defined as having your thoughts, feelings and actions all in alignment with your goals. In practical terms, that means you aren’t saying you want one thing but acting in a completely different way.

So let’s start acting in alignment with our intention right now! Take a moment to imagine your life with your manifesting wish in it. How do you feel? What would you be doing? What would you be saying? And what would be different than where you are right now?

Pay close attention to those differences because they are the keys to your castle! It’s time to give up on the idea that you won’t have to change at all in order to get what you want. Of course you’ll have to change things, including your thoughts, feelings and actions.

So just keep coming back to this important question: how can you start to be more of who you really want to be? Start practicing being that person more and more every day and you’ll be in alignment before you know it!

Sorry my dearest honey babes but manifesting simply isn’t a guarantee that things will be easy (or fast for that matter!). While using the Law of Attraction isn’t about effort-ing in the “normal” sort of way, it does still involve effort. (This is yet another of the top misconceptions about manifesting!)

The Law only works as well as you do. So of course that means: half-assed effort equals half-assed results. Again, the Universe is just trying to give you what you want. But it’s paying attention to much more than just your words. For example, if you say you want to manifest losing weight yet you haven’t changed your diet or your workout routine–or more importantly, your thoughts and beliefs around working out–then what are you really telling the Universe? Perhaps it looks like you’re just happy with life exactly the way it is.

The change starts within you, always. That’s a beautiful thing because it means you don’t have to wait on anyone else to get things started! But you do have to start showing up for yourself, each and every day.

The Universe wants to help you. It wants you to be happy and it wants you to grow and expand into the person you were always meant to be! That means you will receive help along the way to your goals. The only problem is that many people don’t even realize that this is happening!

That’s because the Universe doesn’t exactly write you a step-by-step letter with a game plan. Instead, it speaks the language of our subconscious mind: through symbols, synchronicities and light-bulb moments of clarity and inspiration. So please don’t miss the signposts! They’re meant to help you on your journey–but you have to notice them and also, take action when you do!

So keep your eyes open. Notice your sudden bursts of inspiration of creativity or desire to take action. Get curious about the world and be brave enough to keep asking questions. As long as you stay committed to the journey, you’ll keep finding the clues that’ll take you on your manifesting journey.

Now tell me love: what are your biggest questions about manifesting? What else do you need to know in order to get what you really want?

If there’s only one key take-away you get from this post, make it this one: change always within your hands. There’s always something you can do right now to start making your dreams for tomorrow come true today. So stop waiting and start creating!

Thank you so much for reading. I’d love to hear your thoughts below in the comments! I’ll see you back here next week for the latest one. 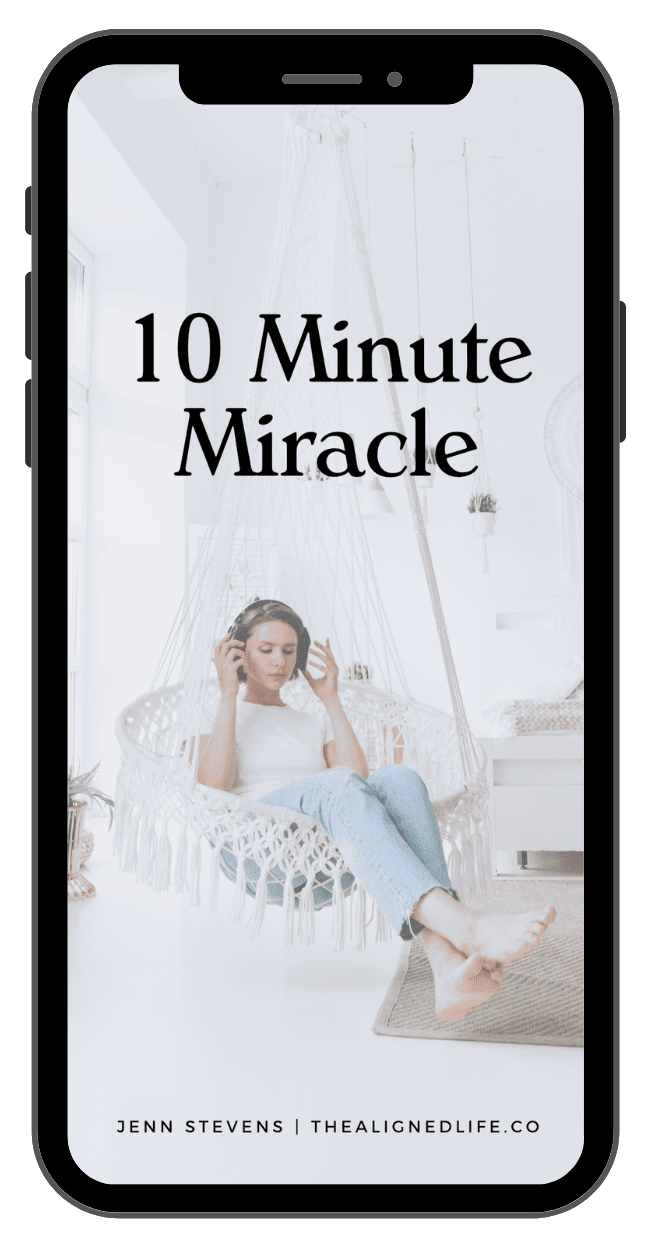