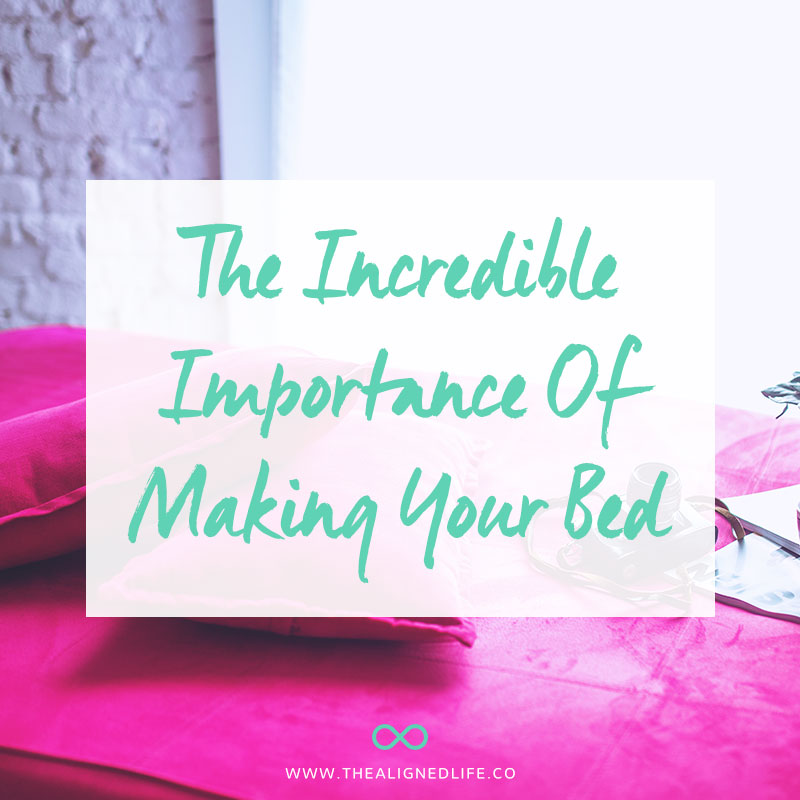 Making your bed is one of the smallest and easiest ways to make a major impact on your home–and your life. But it’s still something that many people actively resist.

Trust me–I’ve heard all the excuses: you’re just going to get back in it again. There’s no time in the morning. You’re not even going to see it all day! There are a million excuses not to bother finishing this on small task. But making your bed is still important. Arranging the things around us is the first step of you putting your intentions out into the world around you. It’s a chore but it’s also a form of creation, a tangible and very satisfying act of house magic. Author of the book The Power of Habit, Charles Duhigg calls making your bed a keystone habit. It’s easy to do, takes a minimal amount of time and yet creates a tiny sense of pride and satisfaction—a small but important win that sets the tone for the rest of your day.

Making your bed every morning is correlated with better productivity, a greater sense of well-being, and stronger skills at sticking with a budget. It’s not that… a tidy bed causes better grades or less frivolous spending. But somehow those initial shifts start chain reactions that help other good habits take hold. ~ Duhigg

Studies have also shown that people who make their beds are nearly 20% more likely to get a good night of sleep than those who don’t. So could your unmade bed be preventing you from getting enough sleep? It’s possible! I won’t go as far as promising you that it will improve the quality of your sleep but why not test it out? It has the potential of huge payoff with very little effort. So if you’re not a born bed-maker, now is the time to create a new habit. Set yourself a mini-goal: try it out for a week straight, then add on another week. Keep going and eventually it will become second nature. Pay attention to what differences come up for you: a deeper and more rested sleep, increased productivity levels or just a general sense of feeling more vibrant and in-control. (You’ll just have to test it out for yourself to see!)