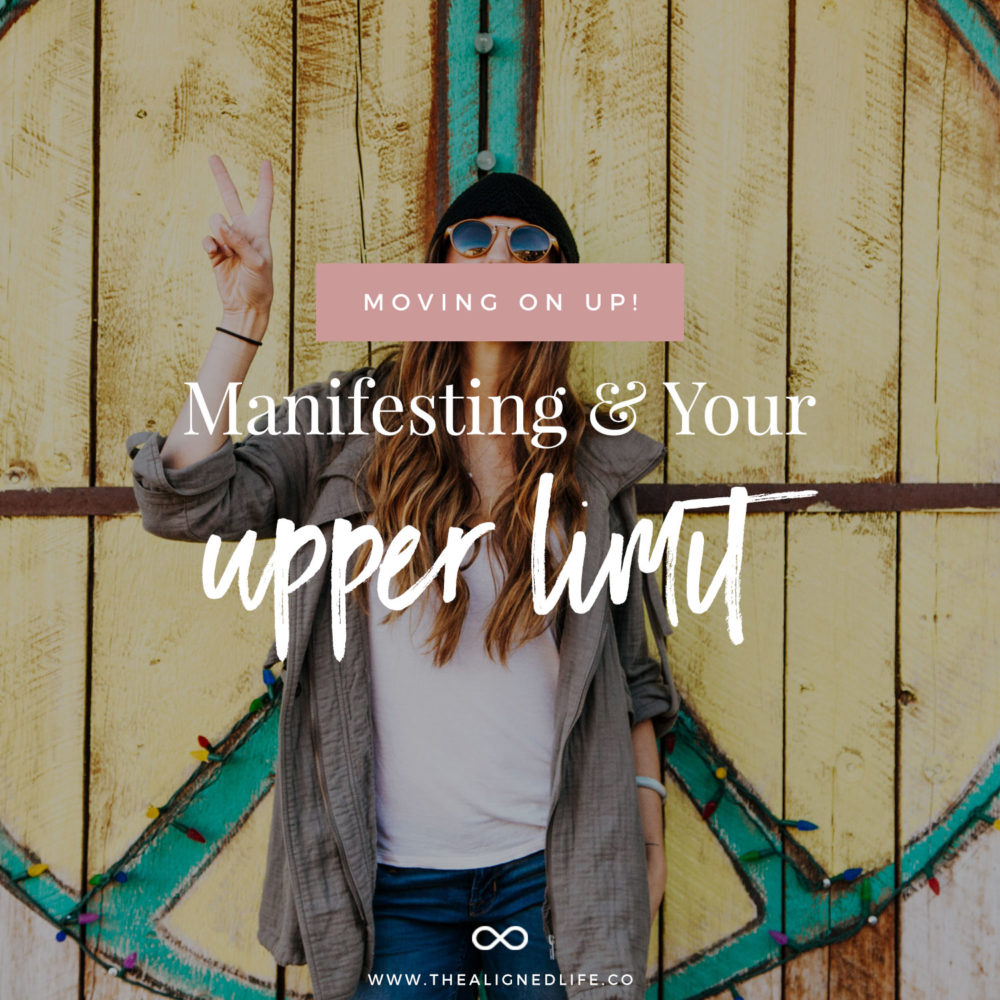 Truth: your life is only as good as you allow it to be!

That might seem like a funny thing to say on a site that’s all about manifesting your best life. (Of course I want am amazing life! Why would I get in the way of that?) But our existing beliefs and subconscious pattern often trip us up along the way.

Our current life exists inside an invisible box. We have both a lower and upper threshold for our own success and happiness. Although we very much might want to grow outside the box’s safe confines, that growth poses an instant problem for our brain.

Even if we’re not 100% happy with where we’re at, we’re also quite comfortable here–and unfortunately our brain prefers comfort above almost everything else.

Upleveling your life requires you to uplevel your brain first! If you don’t do that, you’re probably just going to shoot yourself in the foot somewhere along the way and end up right back where you started.

In fact, a lot the struggle to achieve is actually directly related our upper limit problem! We might perceive things in the outer world getting in our way but in reality, it’s really all just us, either secretly freaking out and messing things up or not daring to go big in the first place.

We can only achieve the level of success that we feel we deserve.

Here’s a good example: at one point in time, no one believed that a human being could break the 4-minute mile–that is right up until Roger Bannister actually did it in 1945. Since that record was broken, more than 1400 people have joined him in the speedy guy club!

Does that really mean that humans got collectively faster at running? Probably not! It was just a commonly accepted belief about the human form. Before someone actually did it, no one believed it was possible so they didn’t even push themselves to try! But once the world could see that it was possible, this supposed human “limit” was broken again and again and again.

So today the question is: are you putting an upper limit problem on your life?

Here are a few of the major symptoms of the upper limit problem so you can start to identify, target and shift them.

I love to ask people questions about their dream life: what would you do if you could have anything? Yet so often the answers I hear are far from spectacular.

It’s not that I’m judging anyone for what they want! (You do you boo!) But it’s a funny thing.
The answers are usually not nearly as wild as you’d expect! People usually just want to buy a home and travel or maybe buy their family members some stuff too. (Which is all well and good of course!)

But this question is truly about being limitless. It’s an exercise in dreaming that involves going big and using your imagination to its limit.

This should be fun and playful! So why do so many of us put reasonable limits on our dreams? It simply highlights the fact that we’re afraid to dream really big. We’re afraid to get ballsy with our desires. We’re afraid to step too far outside of our cozy little box!

So this is in fact a perfect example of the upper limit problem in action! Think about it: we can only fly as high as what we believe to be possible! So what we’re really doing here is reining ourselves in before we’ve even had a chance to shine.

Remember: living your best life is always about going big instead of playing small and safe! When you limit your dreams, you’re just limiting yourself.

Stuck At A Certain Level

Another common symptom of the upper limit is running into the same problem or situation over and over again.

For example, do you find yourself dating the same type of guy or girl or ending up in the same dead-end type of job? That’s a very big indication that something isn’t quite right! In this case, you eventually realize that things aren’t working out and you leave. But then, you find yourself settling for the same thing again.

That’s because you haven’t expanded what to look for! Even though you know what isn’t working, you’re finding yourself back at the same place because you keep settling for the same kind of opportunities. To get out of this, you’ll have to start working with your minimum standards. What would happen if you held out for a job with more pay or to date a person who’s more aligned with what you really want? It can be scary to start asking for more in life but it’s also the only path forward to creating your dreams!

Do you downplay your accomplishments or goals? Perhaps you’re secretly afraid that your parents or friends might resent you if you get too successful or happy!

Sometimes we feel the weight of judgment before we’ve even done the thing! So instead of embracing the change, we talk ourselves out of it. Why risk rocking the boat right?

Please always remember those who truly love you want you to shine your brightest light in the world! Whether you’re imagining the future resentment or not, this is a good time to re-think both your relationships and your need for approval. A rising tide raises all boats! Being the best version of you should ultimately uplift your relationships, not pose a threat. It’s time to get real about where this fear and judgment is really coming from in order to release yourself from it.

We’ve all done this at one point or another: being late for the big interview, missing an important phone call, picking a fight with our partner This is tricky territory because on the surface it looks like we’ve just made a mistake. (We’re only human, right?)

But the truth is that we were actually just afraid. As much as we think we want something, when the time comes to actually to do thing, we’d rather just hide under our duvet! However, instead of admitting our fear to ourselves, we just find a way to cover it up. We talk ourselves out of wanting it or we just make a half-hearted attempt.

It’s not that you’re not capable or that your relationship is falling apart or that you weren’t good enough for the job. It’s just that you were afraid of what’s next. But it’s only once you can admit that fear to yourself that you can stop the self-sabotage and finally move to the next level.

No matter which symptom is popping up for you, there is a common cure! The upper limit problem is just a sign that you need to expand what you think is possible for yourself!

One wonderful way to do this is by find yourself a few role models. So start to keep an eye out for all the amazing people in the world who have achieved so much in their life. No matter which area you’re looking to improve in your life, find yourself a few inspirational people to look up to. Try to find out more about their journey and stories. Sometimes (like the world with Bannister) we simply need to prove to our brain that success is possible!

You can find true love.
You can call in massive career success.
You can create financial abundance.

Let’s start feeding your brain a diet of inspiration and echoes everything you want and more!

Your life really can be as bright, happy and sparkly as you want it to be! While the biggest barriers are always of our creation, they’re also always within our control. So if you’re truly ready to go to the next level, it’s time to dive in and do the inner work to get you there.

Thank you so much for reading!

PS Looking for more? You might also want to check out this post about how to create your world or this one about how to stop negative obsessive thoughts.