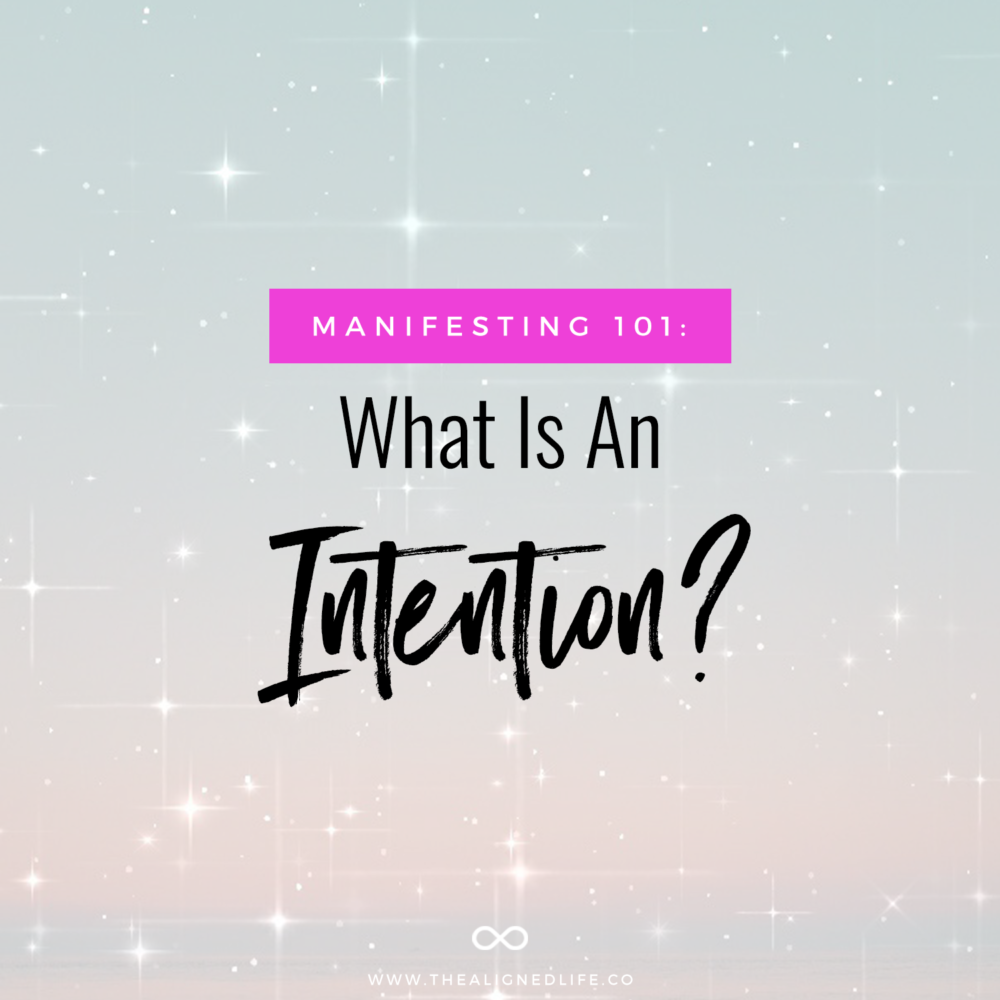 Manifesting is all about setting intentions! So have you ever wondered what exactly is an intention is? In this video, I’m talking all about intentions and how you can start setting them. Today we are going to talk about: what is an intention as well as how to set one.

Hi guys! It’s Jenn. Welcome back to my channel. So I think a lot of the questions that I talk about to do with the law of attraction are kind of maybe like second level kinds of things. I have to remind myself sometimes to come back and talk about the very simple most basic steps of manifesting. Because if you don’t get that stuff right then the next level stuff isn’t going to work for you either!

It is really important for you guys to get clear and solid about what the basics are. So of course one of the basics of the law of attraction is to actually set an intention. So I saw this question and I was like okay that is actually a really good thing to talk about. Because I think a lot of times people think that they set an intention but they haven’t really. What they really have in their mind is sort of a vague idea, a fuzzy idea. But the difference between that and actually setting an intention is actually deciding on something concrete for you to go after.

The difference between a goal and a wish of course is just the amount of energy and planning that you put into it. Even though we’re manifesting, even though some people call this like completely out there kind of stuff, when you are manifesting you still need to be really clear and concise about where you are headed to.

The first step is always to decide on what you want. And I know this kind of freaks people out because they think if they ask for something then they can’t ask for anything else. Or what if they get it and they don’t like it. Or they maybe, just don’t feel like going through the work and figuring out what that thing should be.

But I really really encourage you guys to get really clear about what you’re bringing in. Because of course if you can’t define it, if you don’t know what it really looks like, it’s going to be really hard to make that happen in your life. Because how will you know that it’s happened?

I advise everyone to just get as clear and definable as possible. If you can’t define it, no one else can.

Maybe you have a big fuzzy idea about what you want. But I think it’s really important to bring clarity to it. And that means you need to define it for yourself.

If you don’t know what that is straight off the bat that is totally okay. Just take a step back. Take some time to think about what you really want to make happen and commit to an idea from there. And again you get to ask for more things later on! This is not a one-time-only up there.

If you decide down the line that you want something bigger and better, you can totally do that. But the point is that you have a starting place to go from. So now that you’ve decided on your intention, what is the next step and that is, of course, to start calling it in.

So how do you do that? My most favorite and easiest way to do that is by simply writing your intention down. And there are so many people that come to me with ideas and things that they want to manifest and they haven’t even covered this most basic step. So this is really just a really obvious way to write, like to make something physical, to bring it into this world and to put it down on a piece of paper where you can see it. So that means it sort of symbolizes coming out of the asking phase and putting it into reality.

I want you to take a blank piece of paper and just simply write down your intention. Make sure you write from first-person perspective as always and I always try to stay away from language that is always future-focused.

Try to make it sound like it is going to come to you right away, not as some weird far-off date in the future. Keep it very clear keep it very concise and when you know what you want to do, make sure you write it down. And that’s really it. That is the most simple way of deciding on an intention, deciding to call something in, and to actually begin the process.

I hope that helps you guys out with your manifesting efforts and I hope you enjoyed this video. If you liked it please give it a like. If you want to hear more from me, hit the subscribe button and if you want to learn more, I have a love attraction intention setting audio over on the site. So come on over and check it out. I will leave a link in the description box below. Thank you guys again so much for watching and just remember until now time get ready for the miracle. Namaste!