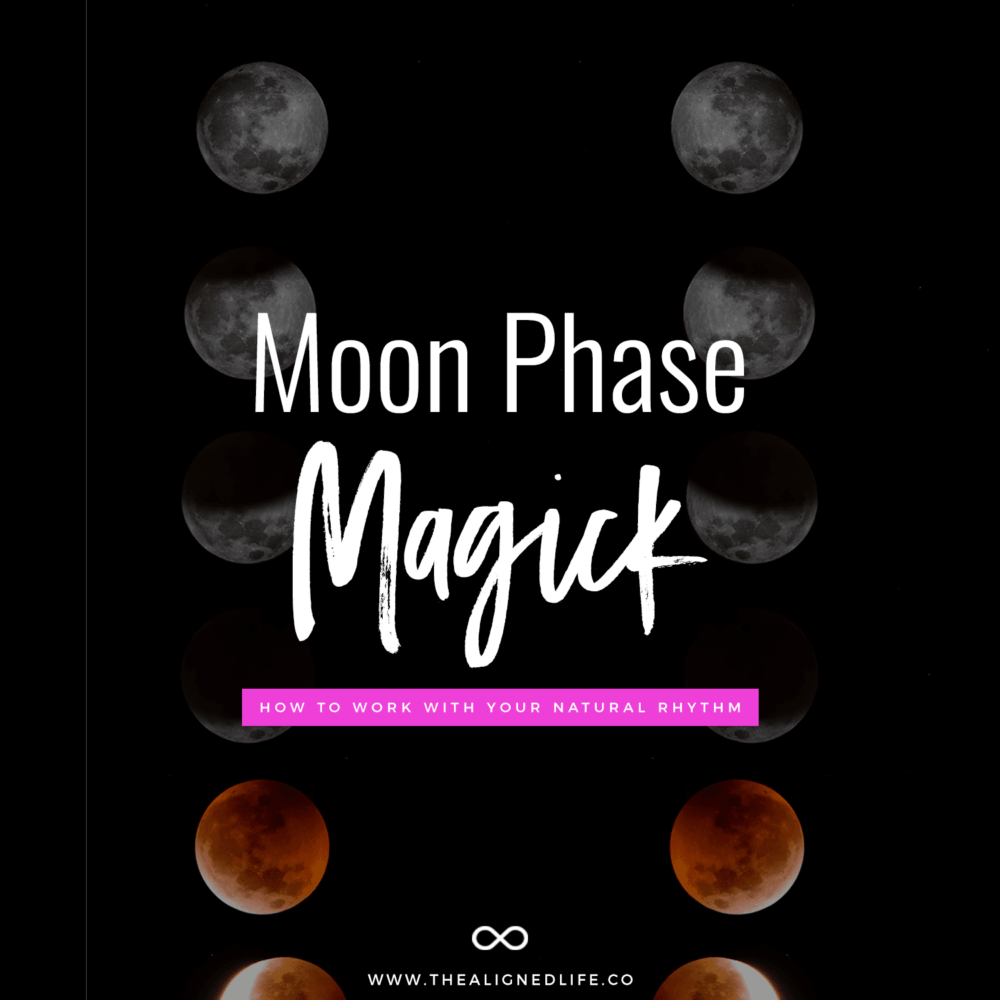 The moon is one of my favorite tools for manifestation. In fact, I’ve been practicing moon phase magick for a very long time!

However, I know there’s a lot of confusion about what different moon phases actually mean.

So today I’d like to walk through the moon phases and how to work with them.

Because even if you’re not a witchy type you probably have a story or two to tell about the moon!

It’s the full moon that gets the most notice. Maybe you’ve heard the tales of hospital ER craziness or increased police incidents. Or maybe you’re like me and experience regular bouts of increased energy, vivid dreams, and insomnia during that time.

All those physical things used to drive me a little crazy (what’s wrong with me arg??) until I realized they were just normal, cyclical, natural.

I didn’t seem to suffer that many ill effects from a lack of sleep. It was more the self-induced anxiety about the lack of sleep that seemed to be the issue!

It was only once I learned to A. NOT FREAK OUT and B. that this experience was in fact beneficial, that I began to embrace it all.

But how much energy and angst had I spent trying to “fix” what wasn’t even a problem?

So I’m sharing my story today because I hope to inspire you to work with the natural patterns you hold!

I know that most people have this same energetic ebb and flow that ties into the cycles of the moon.

(The moon rules the tides and we humans are made up of 90% water (saltwater even!). So to think that the moon would also affect us is hardly surprising.)

The important thing is that we acknowledge this rhythm so we can work with it, not wear ourselves out trying to fight against it.

Humans are just not built to go-go-go all the time! But society expects us to. Time for rest and rejuvenation is not just given to us. It’s mostly frowned upon.

So it’s up to us to actively claim that quiet time for ourselves.

And a great way to do that is to become aware of what’s happening in the heavens.

How To Work With Moon Phase Magick

Surrendering to the natural phases of the moon brings harmony and balance to your life.

It means accepting your moods and energy levels for what they are instead of artificially boosting them with extra caffeine, food, or alcohol.

Paying attention to the sky is important but so is listening to your own body.

Here’s the basic idea of how to work with moon energy:

So you want to set intentions and goals during the new moon and release old habits and emotions during the full moon. Do lots of work during the first phase and finish things up with contemplation, introspection, and planning. (They’re all equally important, no matter what anyone else thinks!)

The Full Moon gets the glory but the moon cycle truly begins when you can’t even see the moon at all! The New Moon is the perfect time for setting intentions or wishes.

Take the time to sit and reflect on what you want to manifest in the next 28 days and beyond. (Getting clear about your goals is only the first step of the journey of course!)

After you’ve decided on a few, give them some deeper thought. Allow yourself to feel into them as if they’d already happened.

For extra potency, write your wishes down on a piece of paper and offer them to the earth by burying them or burning them.

Even if you don’t conduct a ritual per se, allow some time during the new moon for reflection and just sit with yourself for a while (a luxury we rarely get in the modern world).

The new moon is a time of low energy so it’s also a perfectly great night for Netflix and take-out!

Creative and artistic types should find this a great time to be productive, spending less time dreaming and analyzing and much more time doing. It’s a time of passion and energy so allow yourself to express that. Look for signs of fast-paced growth and bursts of luck or creativity.

The full moon is the peak of the lunar cycle. From here on out the moon gets smaller and smaller. So it’s also the perfect time to let go or release things in your life that you no longer need: behavior patterns, negative thoughts, limiting beliefs, or even relationships! Think about the things in life that are no longer serving you and start to make progress towards leaving them behind.

This is also a time of incredible power and creativity. So allow yourself to be swept away by the energy of the moment: work on a project that you’ve been neglecting, pull an all-nighter, or start on a new project entirely. If sleep seems difficult to come by, don’t push yourself! Read a book, meditate, or do some other quiet activity for a while instead.

The full moon also makes us a social bunch so get out there and hang with your friends!

The waning moon is when the moon energy begins a slow retreat. This will be reflected by lowered physical energy levels and lessened overall desire to be out doing things.

This is a great time for self-management and analysis. If you’re a creative type, use this time to reflect, plan, and correct course if need be.

Allow yourself to receive the results of your hard work so far. Are you making progress towards the goal or intention you set? If you’re not, reflect on that. Sometimes our timing is off; if that’s the case, take a step back and accept where you’re at right now (instead of berating yourself for “failing”).

If your energy levels are low, work with them. So if you feel like just doing “nothing”, do nothing. Absorb that feeling and allow yourself to work back up your energy along with the expanding orb in the sky.

It’s also good to be wary now of biting off more than you can chew! This is not a great time for beginning new projects. In other words, don’t suddenly take up training for a marathon during this phase! Instead spend some time with yourself, reflecting on your intentions and thinking about what you want to accomplish next. 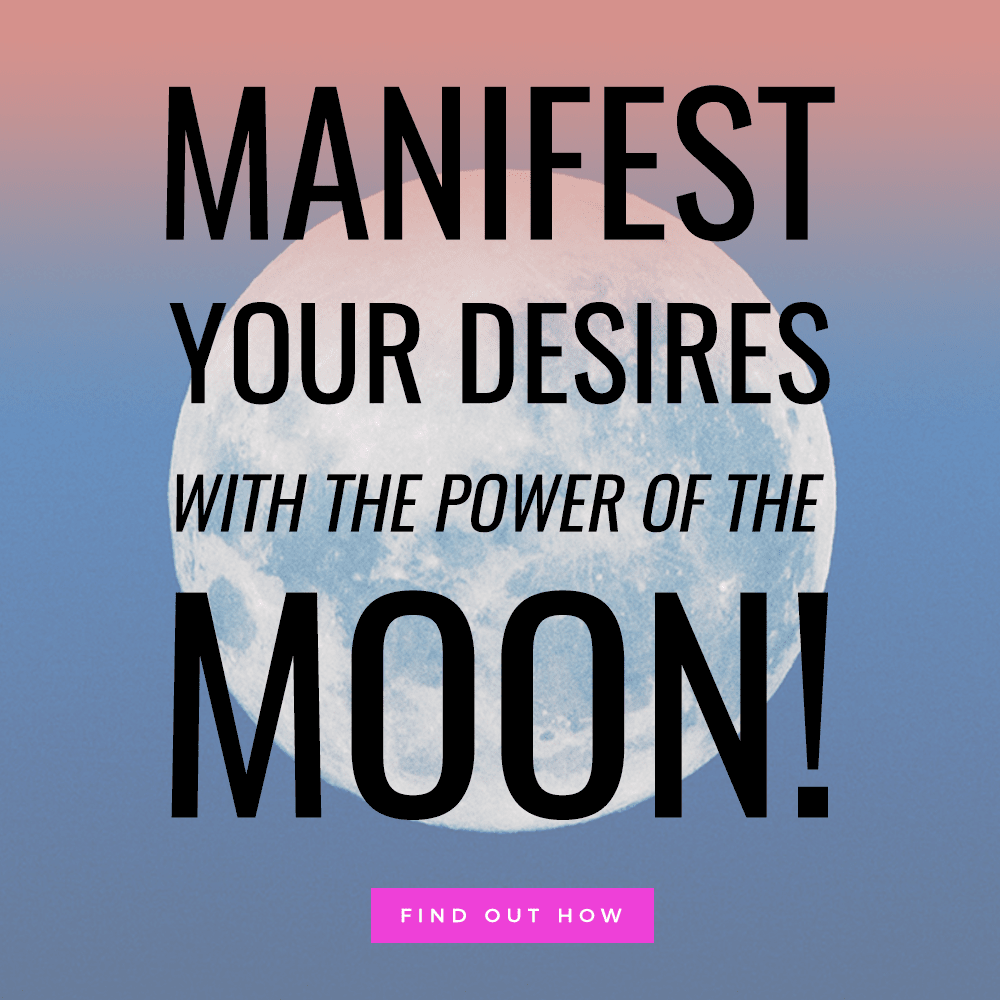 Did you find this post useful or inspiring? Then save this pin to your Magick board on Pinterest! 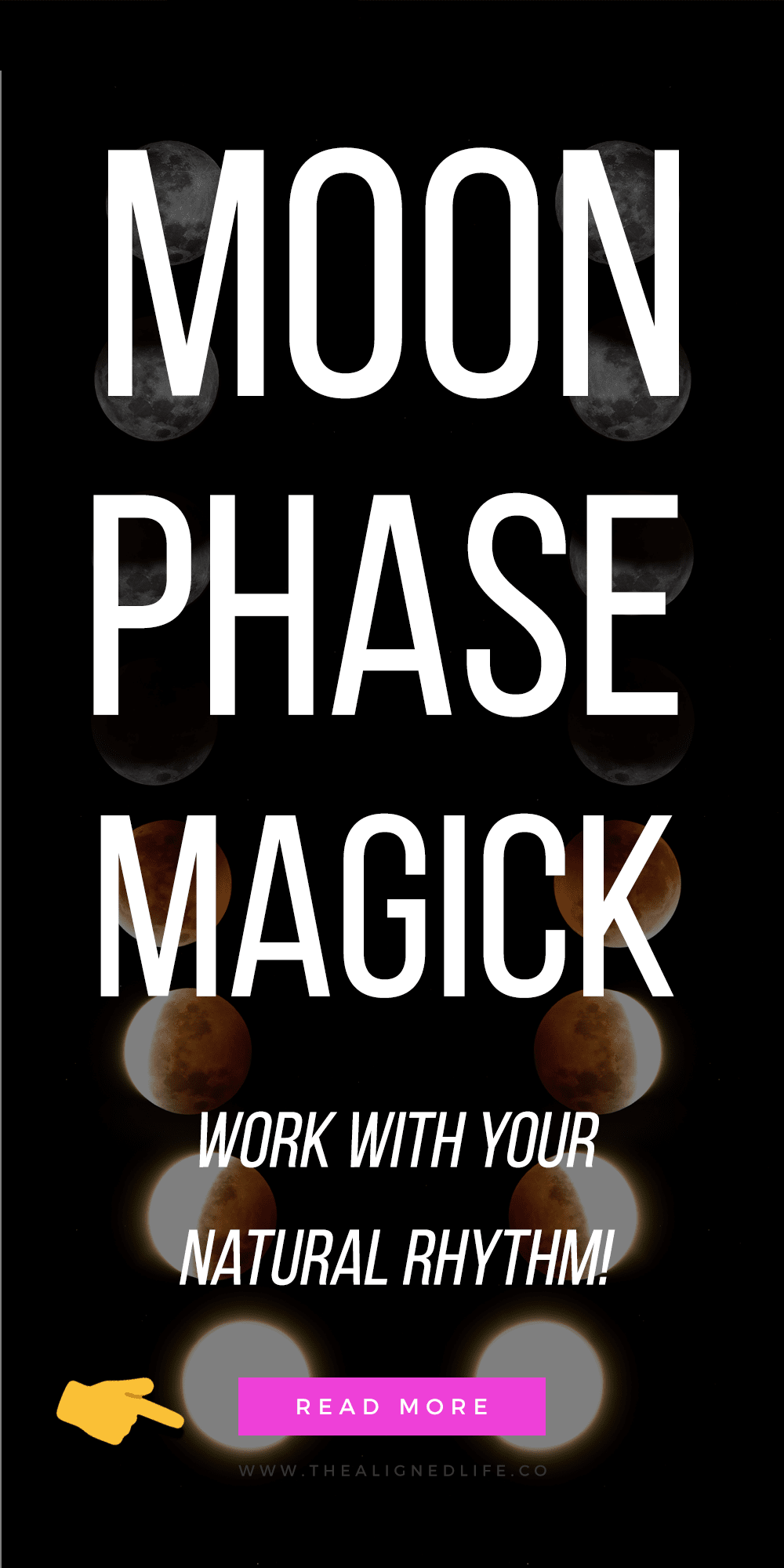