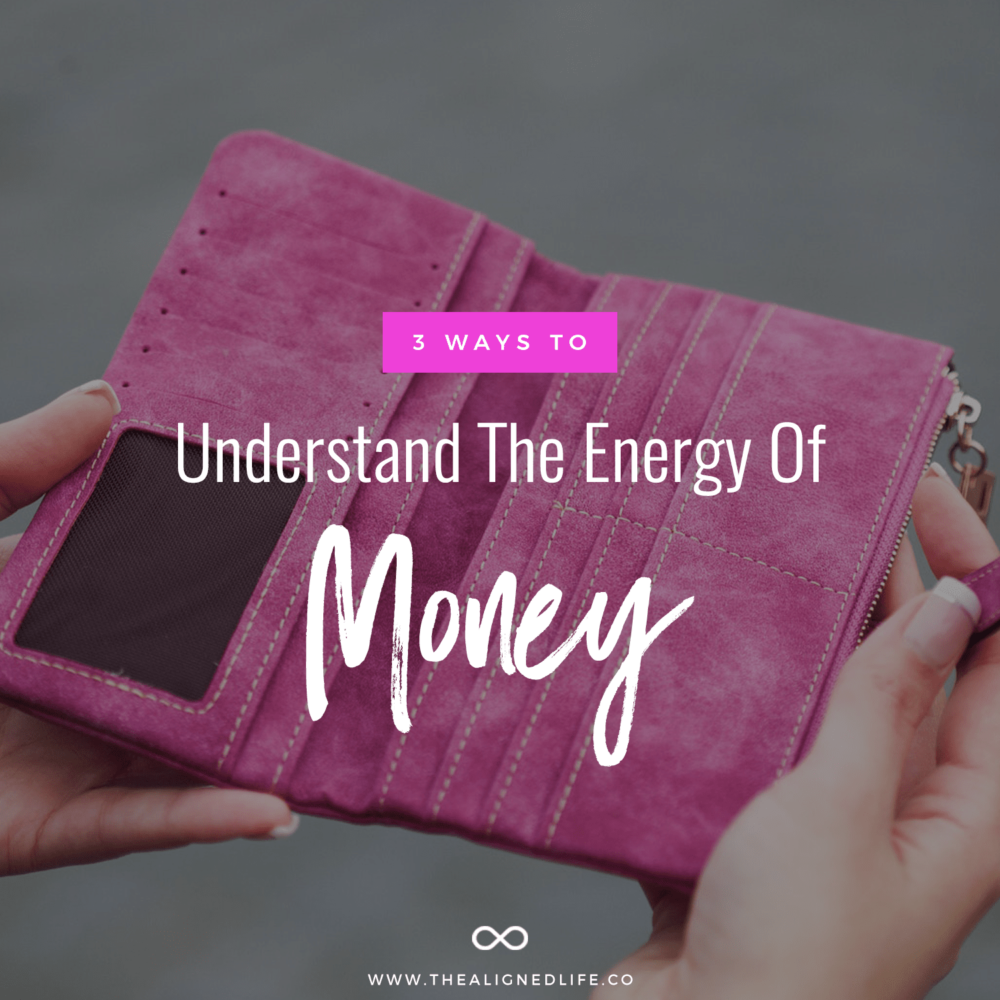 I admit it: I’ve had to do a lot of conscious work on my money mindset in the last few years.

Because let’s face it: money is one of the most important elements of modern life!
In so many ways, it really does make the world go round, no matter what we happen to think about it.

Can you relate? If so you’re not alone! Money is a difficult (emotional) subject for so many of us.

Most of this stems back to our childhood (as with so many other things).

For example, I definitely didn’t learn a whole lot about money directly while I was growing up. But from watching my family I just knew it was something that was difficult to obtain and hold onto.

I certainly don’t remember anyone talking about ease and flow around money as a child! But I do remember lots of people complaining about not having it, talking about what we’d do with it or even slightly resenting other people for having it.

You might not think that stuff from your childhood has anything to do with who you are now. After all, it was a long time ago right?

But that’s just plain wrong. Even though our conscious mind is good at separating fact from fiction, our subconscious mind is still clinging onto all those old beliefs as if they were gospel.

So please don’t blame yourself if you’re feeling lack around money! As children, we’re just little sponges, soaking up information (whether accurate or not) from the world around us.

As adults most of us have to go back into those mental files to review and decide on which ones are worth keeping and which ones are actually damaging to us now.

(Note: this isn’t about building up resentment to our past! We’re not perfect and neither were our parents, family members or friends. No one did this on purpose and if you start pointing the finger of blame you’re just trapping yourself in victim mode.)

So good news if this is something you want to learn more about! This month I’m going to be talking about money a lot. So get prepared to expand your money consciousness and start growing towards abundance!

Today, we’re going to kick off the series by talking about the energy of money.

One of the most mind-expanding concepts about money that I’ve learned is that money is just energy. It’s only once you start thinking about it as energy that you’ll begin to understand it’s true nature!

There are only three things you need to understand about the energy of money if you want to start manifesting more of it into your life:

3 Easy Ways To Understand The Energy Of Money

By far the most important thing to understand about money is that it’s just another form of energy. It’s actually just another aspect of consciousness–just like you are! We’re all part of the same fabric–the fabric of the Universe! When you look at it this way, it automatically takes money off the pedestal we tend to put it on. It brings money back down to our level.

It’s also so key to know that while money is energy, it’s also neutral. It’s still common for people to believe that money is inherently evil. There’s no question money can be used for evil–but it can also be used for good! Money always simply amplifies the energy of the person who holds it. It simply intensifies what’s already there. Otherwise it’s just neutral. So putting more money in your hands will amplify the good that you have inside you! (Good to know!)

Money Wants To Be Used

When you’re used to not having money, it can be tempting to hoard it and cling on to it when you actually do have it. But again, it’s important to remember that money is just another form of energy. It’s very nature is to ebb and flow. So it’s doing its best work when it’s out in the world doing its thang!

Remember that every dollar you spend holds power. You are deciding who to bestow your love and blessings on with every penny you spend, whether you’re donating to charity, filling up the pantry at Costco or buying pretty new shoes. Money is more than happy to do its job: to make you happy and to get stuff done.

If you freak out about using it, then it just goes to show that you’re not invested in your own abilities to make that money back! But not spending the money isn’t the real problem. The real problem is in your faith to receive more of it! So if you’re having problems spending what you have (within reason of course!) then it’s time to dig a little deeper into your attitude and mindset around money.

Believe it or not, money wants to be your friend! But are you making it easy for money to do that?

Many of us live in fear of money, without even noticing that we’re doing so. But if you’re avoiding looking at your bank account or opening your bills then your actions are speaking loud and clear! Fear is definitely your vibe.

Just know that no matter how bad you think your situation is, you’ll never get out from under it if you continue to ignore the problem! Even if you’re in debt, you can be grateful for what that debt has brought to you (be that student loans or designer shoes). You spent that money on something that was important to you at the time! Think about it: what would your life be like if you hadn’t taken that action?

No one’s proud of their debt but please remember that your debt does not mean you are stupid or helpless. There was intention in your actions at the time! So honor yourself for fulfilling those needs, whatever they happened to be. And remember that you can start a new money story starting right now.

So tell me: what did you learn about the energy of money today? Which tip are you going to implement first?

I hope this post helps you shift your mindset around money from fear into love. A great relationship with money starts on the inside–but that’s great news! You don’t have to live in fear of it anymore. It’s never too late to cultivate an awesome relationship with money! You have the power to do that any time you like.

PS Looking for more? You might also want to check out this post about a prescription for self-sabotage or this one about the 3 Laws of manifesting.